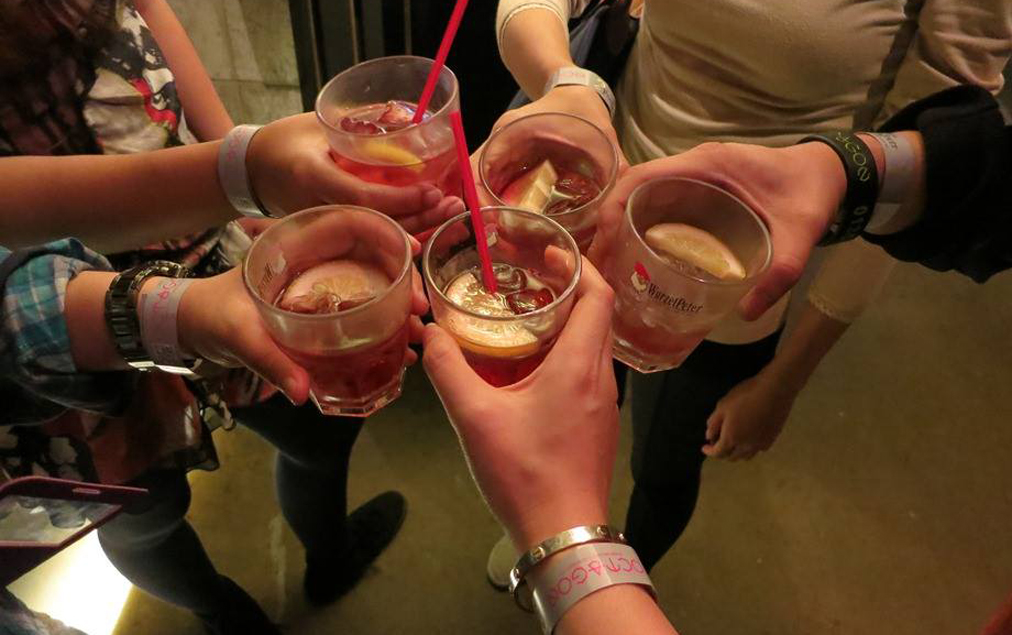 I often hear the word “Gangnam” from Psy’s “Gangnam Style”.  It was merely a song for me and I didn’t bother to check what it was or what it meant.  When we were in Seoul, I found out that it was actually a district which was known for the high standard of living, expensive real estate and everything else related to the lifestyle of the rich and the famous.

As a homebody, the “night life” doesn’t attract me.  Clubbing has never been one of my interests.  Since my friends really wanted to go to Club Octagon in Gangnam, I was once again forced errr…uhmm…convinced.

From Hyehwa, we took a cab directly to Club Octagon.  We told the driver “New Hill Top Hotel” in English.  Club Octagon was just beside it.  Taxi fare was around KRW 10,000-12,000.

Of course, we didn’t want to pay triple just for the entrance fee so we went there before 11 pm.  When we got there, we were surprised that the entrance was free!  It was their anniversary promotion.  We were lucky.  🙂  If you go there, make sure you bring an ID which shows your date of birth, otherwise, they won’t let you in.  Unless, you look really old.  Hahaha  Just kidding.

The ladies really dressed-up.  I mean they were wearing heavy make-up and skimpy outfits.   As what I’ve said, I’m a homebody.  I’m not used to this.  😛

He was the DJ when we got there.  I’m sorry I forgot his name.  He was playing techno music (not a fan).  Even if it was still around 11pm, there were already a lot of people inside the club.

The party officially started when the next DJs played hip-hop and r&b.  There was a surprise appearance of a famous local celebrity.  I didn’t know who he was.

Let’s just leave this as the last photo.  What happens in Gangnam, stays in Gangnam. *wink*

Credits to Joan Villahermosa for the photos that were used for this blog.

This site uses Akismet to reduce spam. Learn how your comment data is processed.

A blogger, traveller, shutterbug and try-athlete from Cebu City, Philippines.
She believes that travelling is not a luxury but a necessity.
She takes photos using her phone, digital camera, film and digital slr.
She loves to write about anything under the sky, whether gloomy or bright.